How the gaming industry is changing the game

The landmark sponsorship deals have seen the continued push from gaming companies into the professional sporting industry.

Australian football sides are a long way away from reaching the lucrative offers and deals that international clubs are receiving but there is debate that without the support from the gaming and online gambling industries many clubs would struggle to stay afloat. 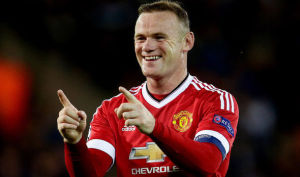 While the likes of Manchester United, Barcelona and Bayern Munich can make up to $100 million alone from their jersey and kit sponsorship.

Barcelona are earning $80 million per year thanks to a jersey and kit deal with Nike.

It’s an astonishing number considering some of Australia’s biggest sporting clubs earns no more than a few million dollars each year from major sponsorship deals.

Understandably football is the world game and many clubs aren’t afforded the same sponsorship opportunities that international football sides are managing.

It’s easy to see why clubs are continuing to rely on the profitable poker machine licenses to keep them afloat. In 2014 it was estimated Victorian AFL teams were taking over $88 million from pokies and only 5 clubs were profitable without the licenses.

Australian football clubs are well aware of the issues surrounding online gambling companies being aligned with professional sporting clubs. Although the industry has become quite dependent on the gaming industry it’s continually trying to find ways to survive without it given the community stance on gambling sponsorships.

Richmond Football Club have recently signed a 3-year partnership with Victorian Responsible Gambling Foundation, a deal which saw it’s previous sponsorship with a prominent online bookmaker go out the window.

The AFL itself has come under fire after signing a sponsorship deal with an online betting agency that will see games available to be streamed for free should you have an account with the gambling company.

It’s not just football that is getting in on the gaming action. Tennis Australia recently copped criticism for placing courtside ads for an Australian bookmaker during the Australian Open Grand Slam.

The gaming industry continues to grow rapidly all over the world. With so many companies looking for their share of the marketplace it’s only going to become more common for gambling agencies, such as the Mansion Group, to invest in sporting sponsorships.