The Grateful Eight: Predictions on the Race for Finals Footy in 2018

The 2018 AFL Premiership season is drawing closer each day, and now that the trade period and draft are finalised we can start to make a few predictions about how the ladder will look at the end of August. Obviously, it’s one of those things that is impossible to predict perfectly, but we can get a general idea of where teams could be sitting at the end of the regular season.

Every year around two teams will drop out of the top eight compared to the previous season, and in 2017 we saw three. The North Melbourne Kangaroos fell from grace quite heavily, taking the last finals place in 2016 before falling down to 15th in their last campaign. The Hawthorne Hawks dropped from 3rd to 12th, and Grand Final champions the Western Bulldogs went from finishing 7th to coming in at 10th, just four points shy of finals footy.

With a fresh start and new additions to the clubs, supporters from all teams will have high hopes as they get ready to cheer their favourite team through another year of blockbuster football. Let’s take a look at what we might be able to expect in the coming season, and how the top eight could look before the finals.

According to most of the AFL betting markets online, there are three major contenders for next year’s flag. The Greater Western Sydney Giants, the Adelaide Crows and the Sydney Swans are the teams that bookmakers are predicting will be the ones to beat in 2018.

Some bettors may take the option of waiting until round one though, before backing their choice for the flag. Such is the unpredictability of AFL, oftentimes it pays to hold off on a preseason bet when it can be live during play on opening day of the season.

The Crows finished the season on top of the ladder at the end of their last campaign and were widely considered the best team in the competition throughout the year. Unfortunately for them, the Richmond Tigers hijacked their perfect season at the big dance and cruised to an overwhelming 48-point win in the Grand Final. 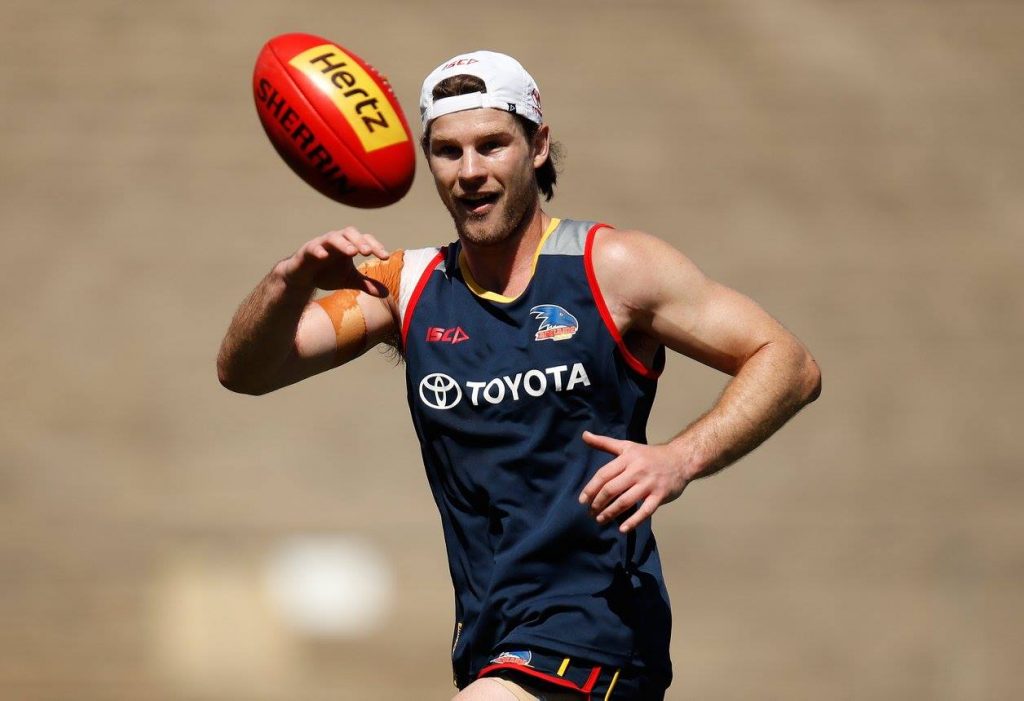 With the signing of Bryce Gibbs to add to their already dynamic midfield, you’d be a bold man to bet on them not making the finals once again. They did lose Jack Lever and Charlie Cameron but there’s definitely enough quality at the club to cover both those vacancies.

The Sydney based teams were extremely quiet during the trade period, with only the Giants adding Collingwood Magpies’ defender Lachie Keefe. GWS had a few departures though with Nathan Wilson (Freemantle), Devon Smith (Essendon) and Matt Kennedy all exiting the organisation.

Both clubs had a horrid time last season with injuries, with the Giants fielding 37 players and the Swans using 35. Management must be hoping for a better run of luck in the upcoming campaign, and looking to utilize the young talent in which both teams have an abundance of.

The next group of teams has fallen into the second tier of premiership favourites in the betting markets, and let’s takes a look why that might be. First of all suggesting that the Tigers or Geelong Cats were unable to win the flag would be ridiculous, because we’ve seen how well they can play when they’re at their best.

Richmond has last year’s Brownlow Medal winner Dustin Martin, who is considered by many to be the best in the game. A successful title defence could very well be on the cards, however, they essentially have the exact same team that won them the flag last season. Now why this may seem like a good idea, the Tigers used a unique game plan in 2017 and often caught teams by surprise.

The big question is whether or not they can continue down that path, or have opposition coaches now had enough time to study their playing style and be able to dismantle it?

Remember the flag winning Western Bulldogs of 2016? They dropped out of finals contentions the following year. However, Richmond finished third on the ladder while the Doggies only came in at seventh, so it would seem that the Tigers have more quality then their cross-town rivals did. We will most likely be seeing them in September once again. 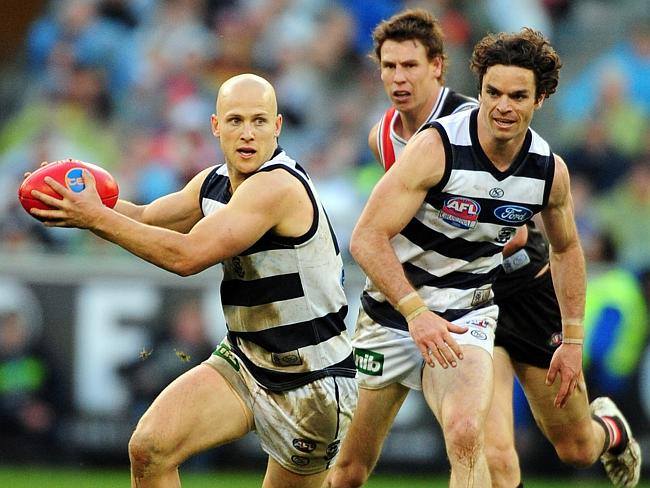 Geelong is the other big club that will have fans believing it could be the year for the Cats. The return of the prodigal son, Gary Ablett, is sure to have given the squad a massive boost, both on the field and in the locker rooms. They have a ridiculously scary looking midfield now, with the Suns star, Patrick Dangerfield and Tom Selwood, and it could easily be the best in the competition next year.

There were some heavy losses with Tom Longergan and Andrew Mackie both retiring at the end of 2017, as well as Steven Motlop who went to Port Adelaide during the trade period. This will have put a lot of extra pressure on the returning Gold Coast star and his fellow midfielders. However, with so many attacking options throughout the middle of the park it will give them the chance to let some of the key players drift forward in the search for points.

While some questions remain about Ablett’s injury history and age catching up with him if the midfield fires they will absolutely be there for finals.

The Movers and Shakers

These two sides are the teams that realised they needed a few key mature-aged signings to make a real push for the flag, and that’s exactly what they did. The Essendon Bombers and Port Adelaide Power both did extremely well during the trade period and made some important changes to their squads.

Both teams played finals football last year, with the South Australian side coming in at fifth, as the Bombers left it late and scrapped in at seventh. Their squads look better than last season already though, and they are going to be ones to watch in 2018. 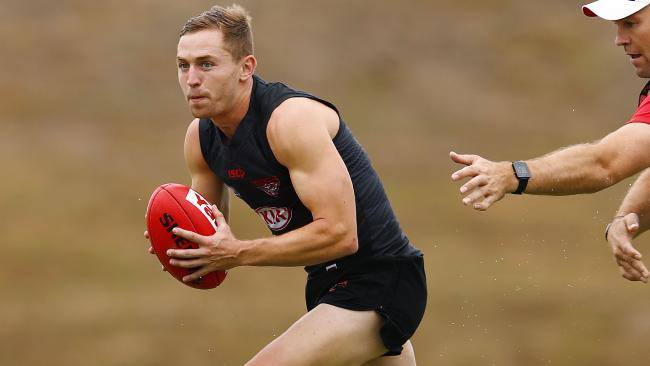 Essendon were very impressive over the trade period securing the services of all three of their main targets. With the additions of Devon Smith, Jake Stringer and Adam Saad, they now have an even more imposing forward line than before, although they did lose James Kelly and Jobe Wilson which will leave some holes elsewhere in the squad.

Some would say that Port Adelaide came out the best from the trade period, adding Tom Rockcliff to their midfield. Other new members include Steven Motlop from the Cats, Jack Watts from the Melbourne Demons, and free agent Trent McKenzie.

It seems as though both organisations went big in the off-season and their expectations must be high about what they can achieve during their upcoming campaign.

Making up the Numbers

If all of those seven teams manage to stay in the eight once again, then we still have one place up for grabs. But history tells us that at least someone will drop out of that group, so who’s going to be there to take their place and the remaining spot?

West Coast were lucky last season and managed to sneak in a top-eight finish right at the end. But if you look at their form over the entire year it’s hard to see them repeating that feat, especially with the players they have lost. The departure of Matt Priddis and Sam Mitchell will leave some big holes in the midfield, and they will most likely be the team that does what North Melbourne did after 2016, losing veteran players and slipping down the ladder. 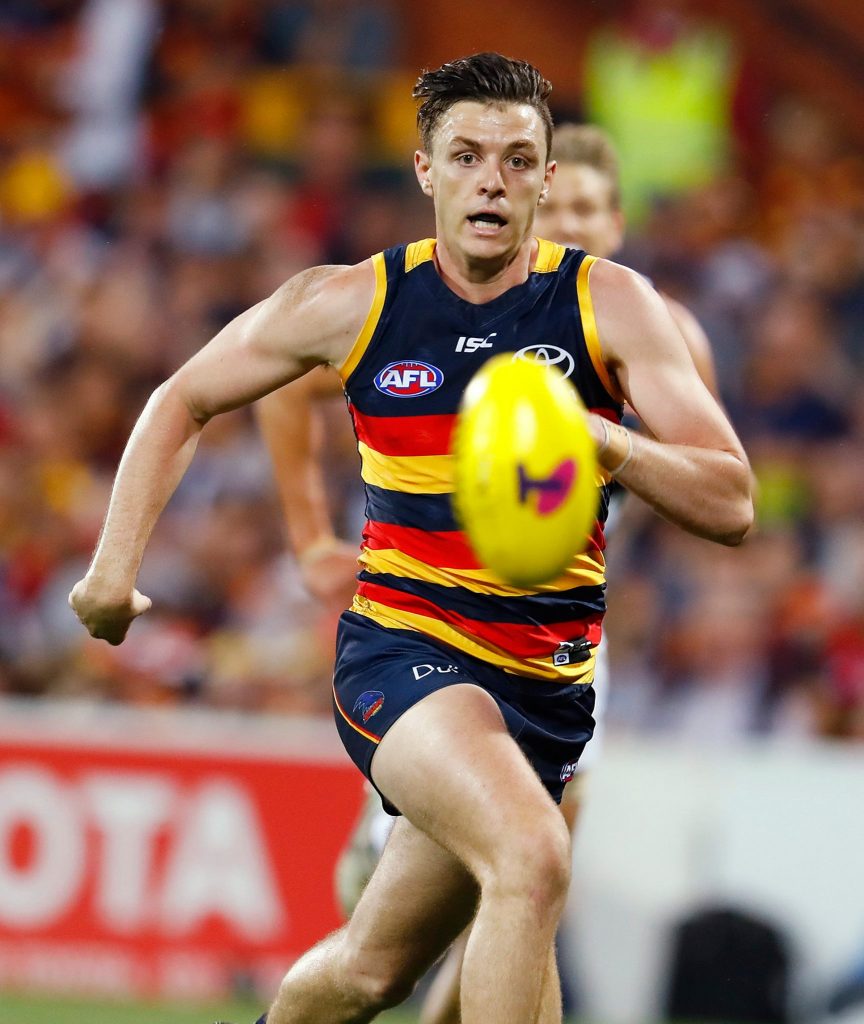 Currently, the Melbourne Demons are the bookmakers choice for the lost spot, with the side being the eighth favourite in most betting markets. They were unlucky not to make the cut last season and with the addition of Jake Lever from Adelaide, they will be sure to cause a few upsets during the year. With such a young and promising squad list the Demons could even make a solid push for the top four.

After Melbourne it’s hard to see which team will be making a genuine push at making the finals. The Western Bulldogs have acquired Jackson Trengove, Josh Schache and Hayden Crozier, however, it’s hard to judge if they will have enough of an impact to make a substantial difference.

St. Kilda took a big hit last year with legendary forward Nick Riewoldt and Leigh Montagna both retiring. They didn’t do nearly enough during the trade period and failed to nab the big guns they were after. The club did sign Logan Austin, but he surely won’t be the difference between finals or an early finish to the season.

Then there’s Hawthorn, a team who are notoriously difficult to hang a prediction on. After a shaky start last year they did produce some good football at the tail end of the season. There wasn’t a lot of activity from them in the trade period with only Jarman Impey joining the side.

Collingwood is the last realistic shot and many bookmakers have them above the Saints and the Eagles. They caused a few big upsets last season and if they can build on that they might surprise a few people. Brought in youngster Sam Murray from Sydney, but he won’t make a huge difference to the team, at least not yet anyway.

Freemantle, North Melbourne, Carlton, Gold Coast and Brisbane probably don’t have the quality just yet to crack the eight. They will most likely be using this season to continue to rebuild and improve their squads. However, this is Aussie Rules, and we all know that it can be a crazy game to predict. The one guarantee we do have is that we’re in for another action-packed year of spectacular footy.