6 Things We Learned from Watching this AFL Season

The AFL 2016 season is all about creating and reaching new milestones. It’s also a time for breaking records and setting new ones. Furthermore, this season also depicted raw spur-of-the-moments and bombastic appearances that make every athlete a star. Here are 6 the things we learned from watching this AFL Season:
• Sydney Swans is out to paint the town red by breaking the all-time tackle record when they scored 155 against the Demons. That was their first match without Kurt Tippet, but they were simply unrelenting and unstoppable. With this effort, it was no surprise that they were able to successfully take on and beat Melbourne at the SCG, despite being the most dominant ruckman in the game. They are currently on the top 2 ladder for the Premiership League.

• Brisbane Lions should rethink their strategy and game plan for this season in order to achieve successful results at the pitch. Justin Leppitsch and coaching staff should inject more freedom in their game plan and allow players to do their thing on the field. Playing it slowly against the stronger opposition might not be a good idea after all. The Lions are a strong contender and can relatively beat any team with their top players Daniel Merrett, Stefan Martin, and Trent West, but they seem to fall short and miss out on targets for this season.

• The catfight just got feistier as the Cats beat the Bulldogs by completing 10 out of the first 11 goals of the game. The Geelong Cats are the top felines to beat as they are now on the top ladder for the AFL 2016 season. With its 22 powerful players, they were able to successfully dominate and level off the playing field by working as one. They were able to win and tackle three teams in the last three weeks (Giants, Roos, and Bulldogs) which sets a serious undertone for other teams to heed. They are fast becoming a top favorite. At the rate things are going, they are now eyeing a top-two finish for the season. 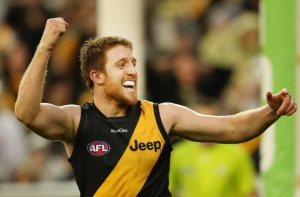 • Tigers had more reasons to celebrate especially with the induction of Maurice Rioli into the AFL Hall of Fame. This is certainly a well-deserved recognition for a Richmond legend.

• The wet weather certainly puts a toll on any football game. The Swans learned this the hard way when they lost the tackle count even with 87 tackles.

• AFL power athletes show what football gods are made of. It’s that will of steel that keeps them coming back for more of the action. Injured players are now making a comeback and are wired to outplay anyone on the tracks. Some players who made a successful comeback were Brad Crouch, Claye Beams, Mitch Duncan, Shane Mumford, Phil Davis, and Jack Trengove. 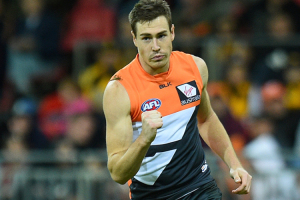 Seasons do change but this particular AFL season teaches every footy fan that nothing is really set in stone in this game or any other game at all. As a result, there is a huge demand this season to attend games, and ticket-marketing places such as QueenOfTickets are making everything tailor-fit to fans’ budget and team preferences. Winning or losing may well be a part of the game but it is something that can somewhat be controlled by those most determined. The players, the adrenaline, and the surprises are what make the game great.