AFL Draft Post Mortem – Who were some interesting picks?

AFL clubs were on the lookout for players that could be the next Brownlow medallists. The lists of prospects were long, but the teams managed to find some gems that could become diamonds in the future. The teams and their fans remained hopeful that the club selectors made the right choices in selecting players that can carry the team to glory in the future. Bookies will be watching closely as bets for the AFL season start coming in for the team that will take out the flag this season. Below are a few highlights from the AFL draft.

Declan Mountford should be an interesting asset for North Melbourne. His pace will add to the team’s ability to break the lines in the midfield. He has a strong ability to win the ball at the Colts level and it will hopefully transfer into his play in the senior ranks.

Prior to his draft, he quoted the following.

“I’ve worked as hard as I could to improve my game and I am pretty happy with what I have done. I’ve given it everything I possibly can.” 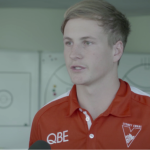 Jordan Dawson was the 56th pick in the AFL 2015 draft for the Sydney Swans. News of his selection has excited his parents and Sydney Swans fans. The rookie was working as hard as he could to secure a contract. Many showed interest and the call up to the Swans has allowed him to kick-off 2016 with a bang. You can see one of his impressive displays was taking this screamer in a match against Port in 2015. 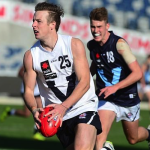 Kurt Mutimer has said to have ‘Come of age’. He was an important figure in the Victoria Country Championship team that won in 2015. His natural pace and ability his high possession rate had put him forward as an attractive asset to the AFL clubs. He was also impressive with leading performances at AFL’s draft combine. He clocked 2.88 seconds in the 20 metre sprint, as well as 26 out of 30 successful catches in the clean hands test. 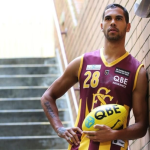 They say once you hit rock bottom, the only way is up. Shane Yarran is a bit of a rags to riches story. Once in prison for burglary, he was thrown an AFL lifeline that has promoted him to AFL stardom. Known to be exciting and determined, the 26 year old is hopeful to add value as he did in 2015. His 93 goals in 39 games earned him the Bernie Naylor Medal, with five of the goals coming in the grand final. 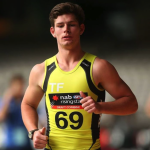 The left footer has added a bit of bulk to his size. Weighing in at 97 kg and having a ‘safe pair of hands’, the key forward will be dangerous on the forward line. Prior to the draft, he conducted an audio interview with the South Australian National Football League to discuss the progress of his 2015 campaign and the likelihood of him getting selected to play for one of the big football clubs in the future. The full audio can be heard below.

Confirmation of the West Coasts Eagles draft of the youngster should assure fans of his potential positive impact to the team as he matures into adulthood. You can see footage of his gameplay in the video below.

These players are young, big, athletic boys with invigorating energy who are prepared to set the mark higher once they start playing formally in the league. These fresh faces will be keen to impress. Only time will tell for the new generation of hopefuls.