What Made Adelaide Such a Powerhouse This Term?

The Adelaide Crows finished the normal season on top of the ladder and became the minor premiers of 2017. Throughout the entire season, they always looked as though they were going to finish first – starting as they meant to go on in their first game when they ran out against preseason favourites, the GWS Giants.

The Crows demolished the Sydney team by 56 points, making a statement to all the other clubs in the process that they were going to be serious title contenders this year.

They finished with 62 points, which was equal to the Geelong Cats, but stayed on top due to their commanding percentage difference. The Crows had 136.0 compared to Geelong’s 117.4, which was the highest in the league; Port Adelaide had the second best on 129.7.

Adelaide scored a massive 2415 points this year, with the Cats following them on 2134. They conceded 1776, which was the fourth-lowest in the completion, bettered only by the Sydney Swans on 1651, Port Adelaide with 1671 and the Richmond Tigers, who had 1684. They blasted other teams out of the park with their rampant goal scoring and had a wide range of point-scoring players.

One of the major reasons for their consistency was the fact that they had so many quality players dispersed all over the field. Some teams often rely too heavily on one or two players and when their marquee men don’t come out firing or gets injured, it can dramatically affect the way the rest of the team performs. 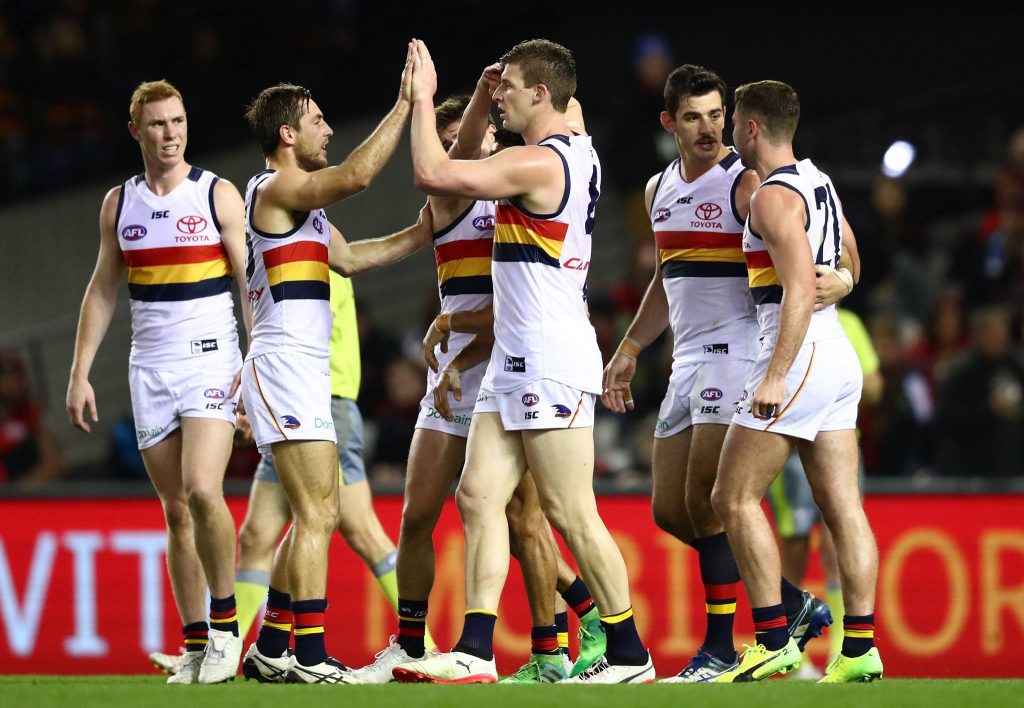 Luckily for the Crows, they had an abundance of key players on the park at any given time, so even if one was not having the greatest day on the field, the rest could easily pick up the slack and keep the team moving forward.

This was proved when the All-Australian 40-man squad was announced and the Crows had more players represented than any other club. Adelaide had six of their team selected, through Rory Laird, Eddie Betts, Josh Jenkins, Tom Lynch, Daniel Talia and Rory Sloane. The Giants and Swans were the next most represented teams, each having five players selected.

When the official All-Australian Team was later announced, the Crows were represented by three of their star players, with Rory Laird taking a half-back position and Eddie Betts claiming a place in the forward line. Matt Crouch also snagged himself a place on the bench after his impressive defensive play this year.

Now the club is looking forward to the grand final and hoping to secure the club’s third premiership. They are currently the favourites to lift the trophy come the end of September at 3.40, with Sydney deemed their greatest threat at 5.00.

However, as we all know, anything can happen when it comes to finals time and home ground advantages and injuries can play a huge part in the outcome of these crucial games. Sometimes it can be helpful to check with what the experts think, like at Championbets.com, where you can get all the latest information you need to navigate your way through the finals series.

The Crows will be the side that other teams fear and will definitely want to avoid if at all possible. If the club can maintain the attacking brand of football and have a good run of injury-free games, it’s hard not to see them playing in the grand final this year.