It’s been another summer of change on the Gold Coast as the Suns look to finally get it right ahead of the new season. Following yet another tough campaign in which they finished way off the pace in the race for a top-8 spot, the struggling expansion team have made a host of changes during the offseason in their bid to finally put together a team capable of challenging in the AFL. Gone are a number of the club’s high-profile players, with a raft of youngsters set to be handed the chance at proving they are ready to step up. Now the question remains as to whether or not 2019 will see the Suns fare better than they have since entering the AFL.

The two highest profile players to leave are Tom Lynch and Steven May. Last season’s co-captains tried to drag the rest of the Gold Coast roster to their level without success, and the duo’s departure has left a gap in the team. Also leaving the club this summer were Aaron Hall, Jarryd Lyons and two top-10 picks Kade Kolodjashnij and Jack Scrimshaw. Head coach Stuart Dew has 13 new players in his squad, including Richmond duo Anthony Miles and Corey Ellis, Geelong pair George Horlin-Smith and Jordan Murdoch, and Port Adelaide defender Jack Hombsch, along with special assistance trio Sam Collins, Josh Corbett and Chris Burgess, as well as 11 new members of the football department. 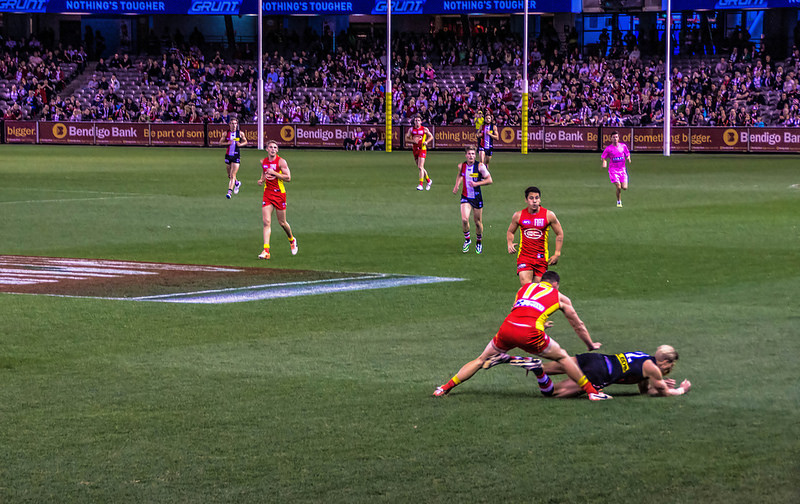 On the non-playing side, Adelaide assistant coach Josh Francou has joined the club to work with the team’s midfield, former North Melbourne assistant coach Josh Drummond, to coach the defenders, with former North Melbourne captain Andrew Swallow and Carlton coach Tim Clarke joining the Suns in development roles at Metricon Stadium. The task for the new backroom setup is to try and at least instil some level of confidence in this young squad, even if next season proves to be yet another tough campaign.

It has been a complete overhaul for a club that has finished second last in each of the past two seasons and in the bottom four for the past four years. While it’s hard to say they haven’t taken a step backwards in terms of player quality, that has been countered by the fact this roster is now full of players who actually want to be there. That said, the bookies still feel it’s going to be a tough year for the Suns, currently favourites to finish bottom of the AFL ladder next season. This is something those using an offer from the huge selection of bonuses available from Bonus.net.nz may feel is a decent wager.

Boasting a core of very young but talented players, led by Touk Miller and Lachie Weller, top-10 picks Jack Lukosius, Izak Rankine and Ben King have also arrived on the Gold Coast this summer. While there might be a level of apprehension among the Suns’ fans after such an offseason of change, it might yet be that this is the turning point in the club’s history.