The lure of American football has once again tempted one of the AFL’s starring players to try to make the leap to change codes. Ben Griffiths is the latest to pursue a career in the States after receiving a four-year scholarship with the University of California.

The Richmond Tiger’s key forward will be the third player to make the switch in just three months, with Arryn Siposs from the St Kilda Saints and former teammate Ben Lennon already trying to make their mark in America.

Griffiths said that it was a difficult decision to make, but he couldn’t pass up such a great opportunity. One of the hardest things was telling the coaching staff and teammates; however, he told the press that they fully support him and wished him nothing but the best for the future.

The 26-year old only managed to play two matches in last year’s normal season after struggling with some concussion issues. Although he did feature for the Tigers during their finals campaign, the forward felt that it was time to look for a new challenge. Other niggling injuries and shoulder problems have affected his AFL career and a fresh start overseas may be just what the doctor ordered.

It’s always hard to walk away from a premiership winning side though, with the Tigers defeating the Adelaide Crows in last year’s Grand Final. Richmond are looking dangerous for back-to-back titles in the upcoming season, with the team currently the fourth favourite at 7.50 according to the latest AFL odds on bet365. 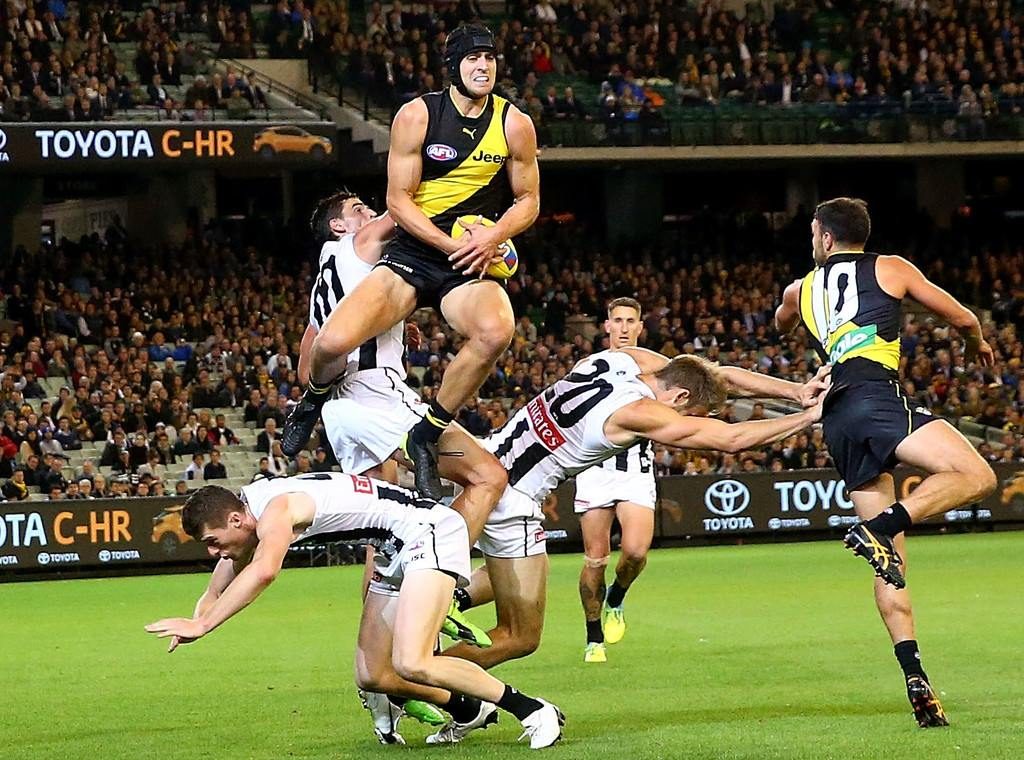 Griffiths’ departure will surely leave a hole in the Tigers’ offence, with Jack Riewoldt the only experienced full forward left on their roster. They did boost their stocks during November’s national draft, adding defender Noah Balta, forward Callum Coleman-Jones, and ruckman Ben Miller. Hopefully, the trio can help to fill the void left by the departing full forward.

The Richmond camp admitted that they were shocked by the decision when Ben broke the news to them in early January. Football boss, Neil Balme, said that they were expecting Griffiths to star for them once again in 2018 as a forward target but was grateful for the eight years of service that he had given the club. Balme also mentioned that Ben was an incredible athlete and he has no doubt whatsoever that he will thrive as an American footballer.

Now the challenge lies ahead for the kicker to see if the young Aussie can make it to the elite competition in the sport, the NFL. He wouldn’t be the first to achieve success in America’s premier competition, with a string of other AFL players having paved the road before him.

Ben Graham is probably the most accomplished punter to have started playing football in the AFL and he enjoyed an illustrious career in the NFL from 2005 through to 2012. He played for four different teams including the New York Jets, New Orleans Saints, Arizona Cardinals and the Detroit Lions. Graham is also the only Australian to ever play in a Super Bowl, but, unfortunately, his Cardinals weren’t good enough to overcome the Pittsburgh Steelers and went down 27-23.

It definitely seems to be a building trend for Australian players to try and take a shot at life in the NFL. The money is huge and it’s easy to see the pull that the sport has on these talented young stars. Let’s just hope that the AFL can find a way to make sure that Australian football doesn’t start losing all its best kickers to America.