The Two Key Standouts of Another Incredible Season of Footy

The normal season has come to a close and teams now start to look forward to what their future holds. Will it be the Grand Final on September 30, or is it time to start rebuilding for next year? While the clubs in the Premiership think about their next move, we get to take a look back and remember the key players that kept us memorized throughout the season with their consistency and dazzling displays of football.

The two real standouts this year would have to be Richmond’s Dustin Martin and Geelong’s Patrick Dangerfield. Both have been outstanding all year and it comes as no surprise that both players were selected in the All Australian Team for 2017 after their commanding performances during the season.

The pair had been neck and neck for the Brownlow Medal until the Cats midfielder was suspended for a heavy tackle on Carlton’s Matthew Kreuzer that left the Blues player with a concussion. This put Dangerfield out of contention for the award and he also received a week-long suspension.

Geelong decided not to challenge the decision, with the player stating that the club came first and they had bigger goals to achieve this season. After the Match Review Panel’s verdict, the major bookies locked in Martin as the heavy favourite for the award. The only way to get some value on the Tigers midfielder from Australian bookmakers was to take advantage of the free bets and betting offers found online.

Last year’s Brownlow winner Dangerfield was terrific this campaign and managed to knock up some remarkable statistics. He had 162 clearances, which were the most in the AFL, and 360 handballs, which were the fourth best in the competition. His tally of 637 disposals was the highest by any Geelong player and his 38 goals were only bettered by teammate Tom Hawkins. On top of that, he averaged 13.2 kicks, 17.1 handballs, 30.3 disposals and 4.4 marks a game.

It’s been a truly sensational season for the Cats’ star player, and he was extremely unlucky to be knocked out of contention for the Brownlow with that tackle. There is no doubt that he will play a huge part in Geelong’s finals campaign, and they are going to need him with the Cats now fourth favourites to win the flag at $6. This says a lot about their recent form as they finished second on the ladder, but have both the Sydney Swans at $5 and the GWS Giants at $5.50 ahead of them with the bookmakers. 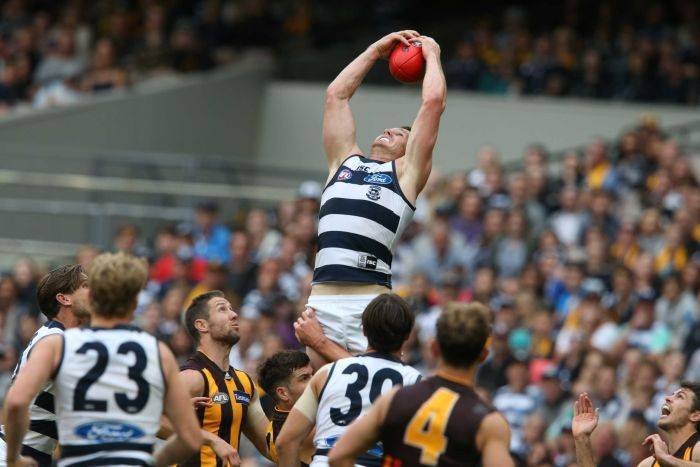 The Tigers had a great year this season and Martin was a huge part of their success. The young midfielder was fantastic through the middle of the field for Richmond and an integral part of their high percentage. (118.3, fourth overall) Dustin made 434 kicks around the park which was the second highest in the AFL, as well as completing 233 handballs. His 667 disposals were the most by any Richmond player and the third highest in the AFL. He averaged 19.7 kicks, 4.4 marks and 10.6 handballs, as well as scoring 32 goals to add to his impressive season.

In the opening week of finals footy, these two great players will have the chance to go at it once again, with Geelong and Richmond facing each other in the first qualifying final. As it stands currently, Geelong are the bookies’ choice, but the line is only -12.5 which suggests that the Cats will have no room for error against a Tigers outfit that will be ready to roar.

These players have been such massive contributors for their club this year and it will be interesting to see what they can do for their teams in the finals. There’s still some great footy to come this season for these two superstars and who knows what else they have in store for us.