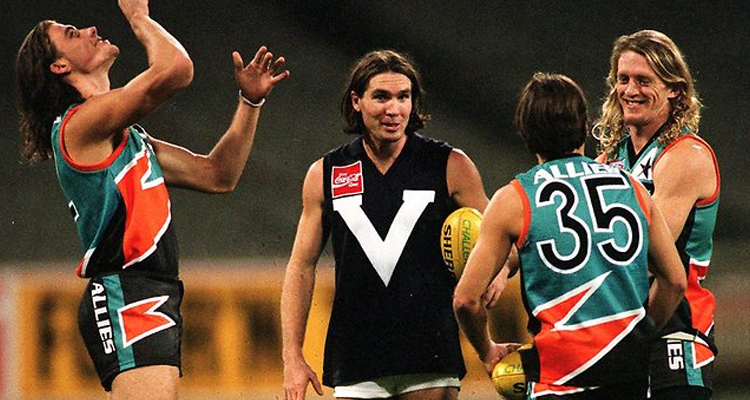 The Allies were entered in the State of Origin competition in 1995 with an intention to renew the public’s waning interest in the origin series. With a guernsey like this it’s no surprise that representative football got scrapped 5 years later. 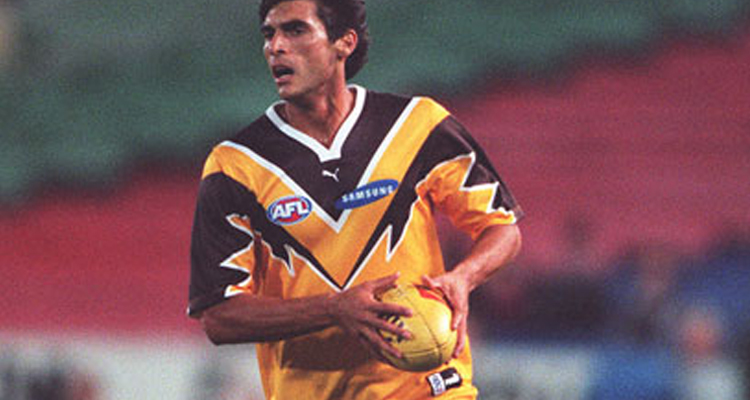 This horror guernsey featured in the Hawks 2000 Ansett Cup campaign and we can’t say that we’re surprised that this t-shirt design had the same fate that Ansett did. 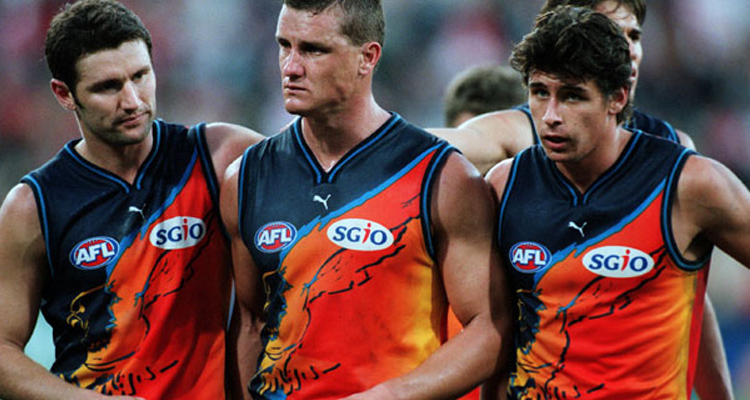 We’re not sure how West Coast went from their classic blue and gold strip to this atrocity. The Eagles wore this guernsey for 3 seasons (2000-02)as their away jumper in a time that clubs weren’t required to have an alternative jumpers. So how this design even made it past the West Coast board is beyond me! 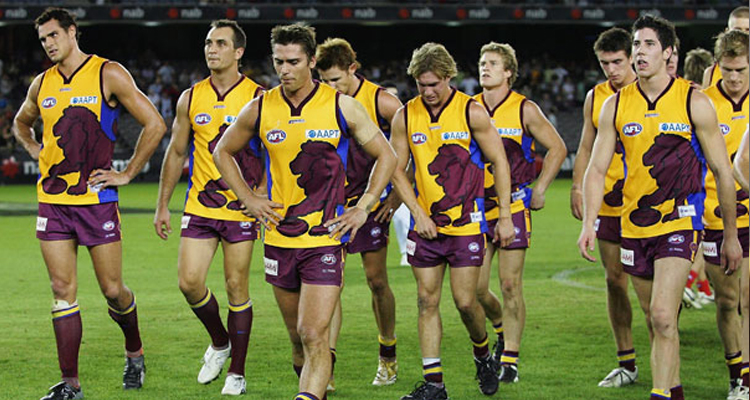 The Lions copped a whack in recent years for their ‘Paddle Pop Lion’ guernsey but this is by far their worst design yet. For a club that has worn some of the great footy jumpers over time, we only hope that this 2005-06 clash jumper was put down to a printing error. 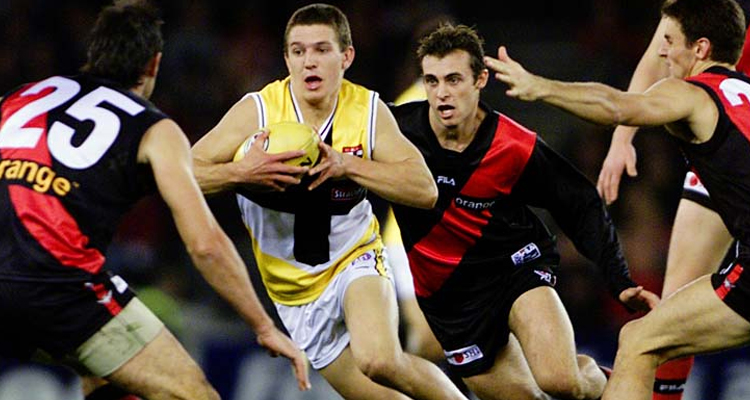 They weren’t the first club to sell-out and change their guernsey for promotional reason but this away guernsey that they Saints wore for 3 years (2001-03) still gets them 6th place. Used to promote Pura’s ‘Light Start’ range it’s probably fitting that the Saints only managed to win 20 games during the 3 year period this was worn. 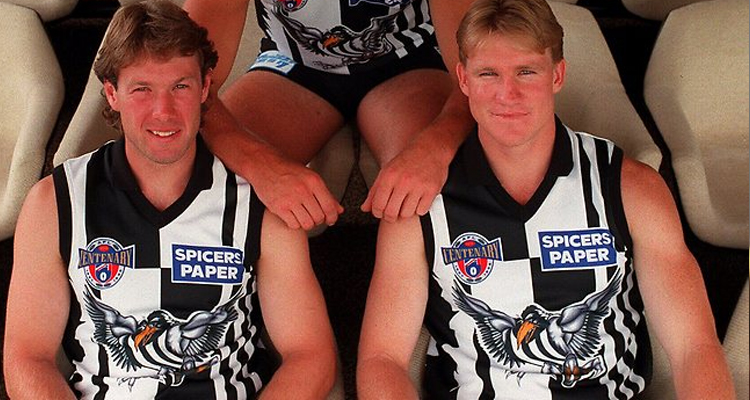 If you ask Eddie McGuire he will try to tell you that Collingwood have always worn black and white stripes. However this pre-season jumper from 1996-97 is living proof that even the almighty Magpies can get it wrong. A little ironic too that the cartoon magpie featured on front of the guernsey is wearing the Magpies traditional black and white stripes. 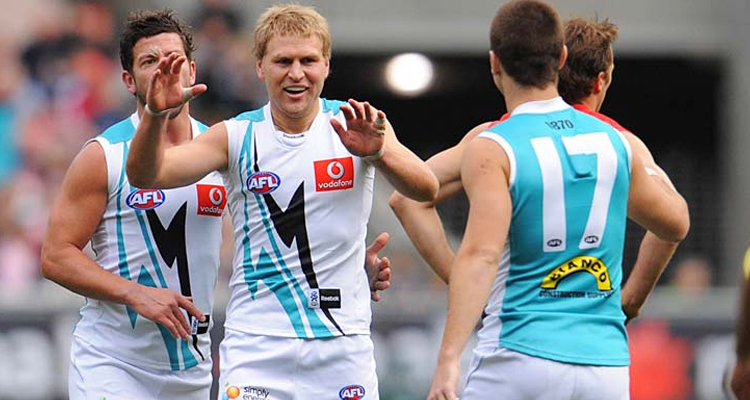 We can’t confirm if this jumper was designed by the same designer who came up with the Allies horror kit but this 2009 clash jumper featuring an all-teal back is an absolute shocker. 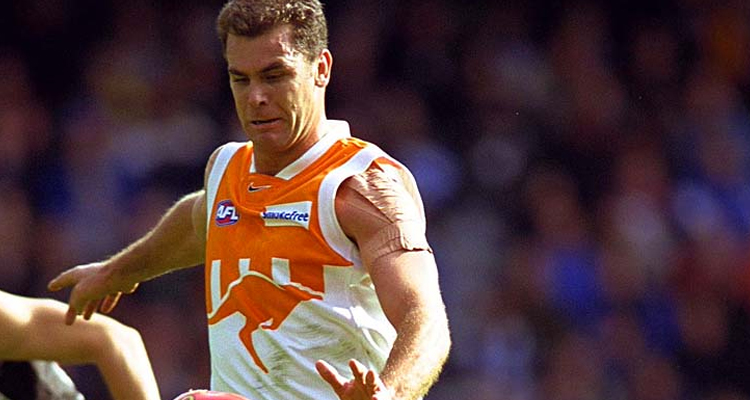 North Melbourne no longer sell-out to the pokies but that didn’t stop them from changing their guernsey in a one-off game against Collingwood in 2000. We’re not sure how much the telecommunications company ‘Orange’ paid them but we hope it was plenty as it comes in at #3 on our worst of all time. 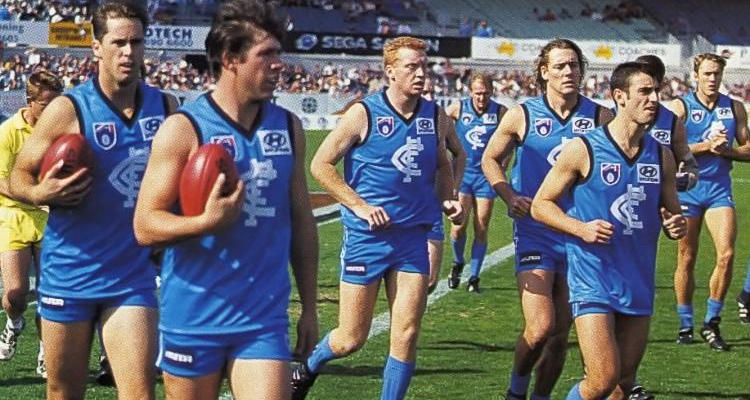 As far as promotional jumpers go this has to be the worst. In 1997 Carlton changed their traditional navy blue jumper to pale blue to promote M&M’s. It was reported that the club received $250,000 for the one-off promotion that footy fans still laugh about today. 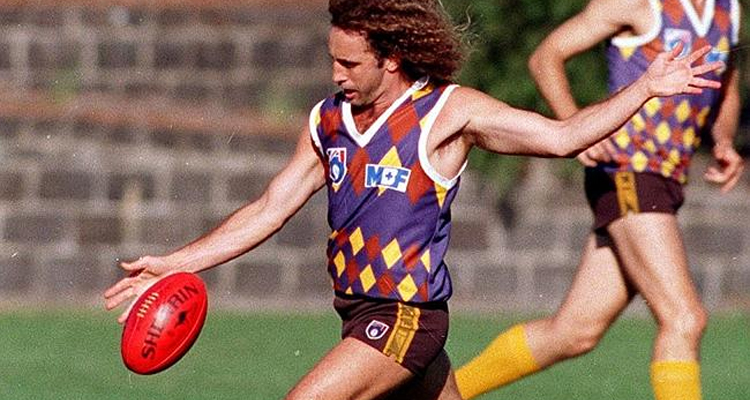 Coming in at #1 on our all time worst guernsey list is this horror kit worn just once by Hawthorn in the 1995 pre-season competition. The Hawks went down to Sydney in the Ansett Cup match that was played in Canberra in front of just 11,000 people. A game that would have never been spoken about in years to come had it not been for this terrible, terrible guernsey.